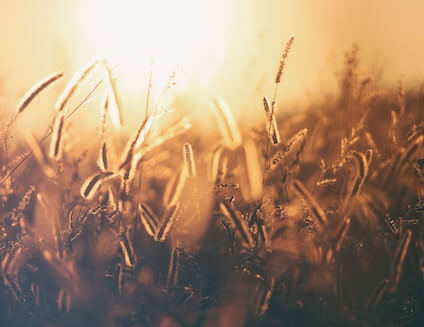 The Persian poet, Hafiz, writes about laughter in a poem by the same name. He writes that laughter is “the glorious sound of a soul waking up” . . . . He speaks of the Beloved, who asks us to bring to the Beloved our “magic movements of hands and feet and glands and cells . . . that to God’s Eye, all movement is a Wonderous Language.” And he writes this of laughter:

It is the sun poking its sweet head out
From behind a cloud
You have been carrying too long,
Veiling your eyes and heart.

Laughter has always been a central part of my life. Growing up, my mom was the source of humor and laughter in my family. My grandpa, my mom’s dad, held a similar role during my mom’s childhood. Mom was a true comedian. Her style of humor leaned more toward outrageous silliness than high wit. This made understanding and enjoying her humor an uncomplicated, heartfelt experience. She used her body in her humor, too. Gesturing, making faces, changing her voice to sound like a geezerly old man, a snot-nosed toddler, a complete buffoon – she’d dive in and serve it up large. Mom didn’t hold back a good sight gag, either. Nor did she care if she looked like a nut job. Looking wackadoodle was part of it.

Mom had a way of dissolving the clouds that weighed on me . . . and I think those that burdened her, too. The home front was typically tense, and I learned to tread carefully on eggshells and what often felt like jagged bits of glass. I adapted to the overriding tone of the household by tightening and constricting. My mother’s humor, and our shared crazy wild laughter, provided a spaciousness wherein I could find myself wholly met by her love and softness. It was salvific for me. In those meetings, I was safe. Those encounters of hearts unbound, of full-on breathing that flourished outward from deep in the gut — allowed me to expand beyond the rigidity I adapted in order to protect myself. Laughing, I was soft, open, warm, smiling, beaming . . . pouring out everywhere the river of love that drenched every inside inch of my body. And mom was right there with me.

Now, at least a few decades later, laughter continues to open me to sacred spaciousness within my own being and in relationship with others. In its purest form, its truest essence, it is unbridled joy given freely. It is a sacrament of movement and expansion . . . a union of spirit and flesh, breath and body in exquisite, organic harmony. Or as Hafiz says, “Light breaking ground for a great Structure that is your Real body – called Truth.”

Though every now and then I’ll laugh about something when I’m alone, I think laughter is best shared. I think it calls us out of ourselves, out of our hiding places . . . for laughter “is happiness applauding itself and then taking flight to embrace everyone and everything in this world.”

It is Light breaking ground for a great Structure
That is your Real body – called Truth.

It is happiness applauding itself and then taking flight
To embrace everyone and everything in this world.

Laughter is the polestar
Held in the sky by our Beloved,
Who eternally says,

Come with your tender mouths moving
And your beautiful tongues conducting songs
And with your movements – your magic movements
Of hands and feet and glands and cells – Dancing!

Know that to God’s Eye,
All movement is a Wondrous Language,
And Music – such exquisite, wild Music!”

O what is laughter, Hafiz?
What is this precious love and laughter
Budding in our hearts?

It is the glorious sound
Of a soul waking up!

Your task is not to seek for love, but merely to seek and find all the barriers within yourself that you have built against it. - Rumi